Profile of the institution 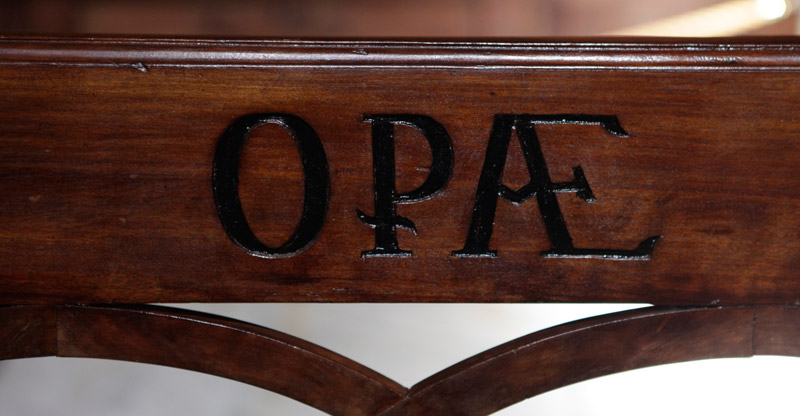 The Opera della Primaziale Pisana was established at the time of the first works for the erection of the monuments in Piazza del Duomo, which took up and distinguished the whole period of the mediaeval city-republic of Pisa. As proven by the two famous inscriptions on the façade of the Cathedral, in 1064 the first stones of the Cathedral were laid, and victorious expeditions headed for the Sicilian coasts and the port of Palermo; and the new temple was built at the time of Bishop Guido (dead in 1076).

Between 1077 and 1120, during the building of the Cathedral, the Opera did not have its own institutional identity yet. This word began to be used in the last decade of the XI century, at the time of Daiberto, Archbishop of Pisa since 1092, and meant precisely the works for the erection of the monument. The City did not decide to take on the authority to direct at least part of such works until much later, i.e. in the early XIII century: as a matter of fact, in 1201/1202 the Operaio (the administrator of the Opera) was appointed by the podestà instead of the archbishop; and in 1207 an arbitrator’s judgement sanctioned the legitimacy of such procedure.

Currently the Opera, as a “fabbriceria” or vestry board, is subject to the Concordat Act 1929, according to which it is run by a Board of Directors composed of seven members, who are appointed every three years by a decree of the Ministry of Internal Affairs and who appoint one of them as President.

Since 1987 the group of monuments of Piazza del Duomo di Pisa has been declared World Heritage by UNESCO. Since 1999 the Opera has had the legal status of a non-profit organisation, subject to its own Charter, which includes, among its institutional purposes, the “protection, promotion and enhancement of its artistic heritage”.