The Cathedral: The restoration of the dome’s paintings 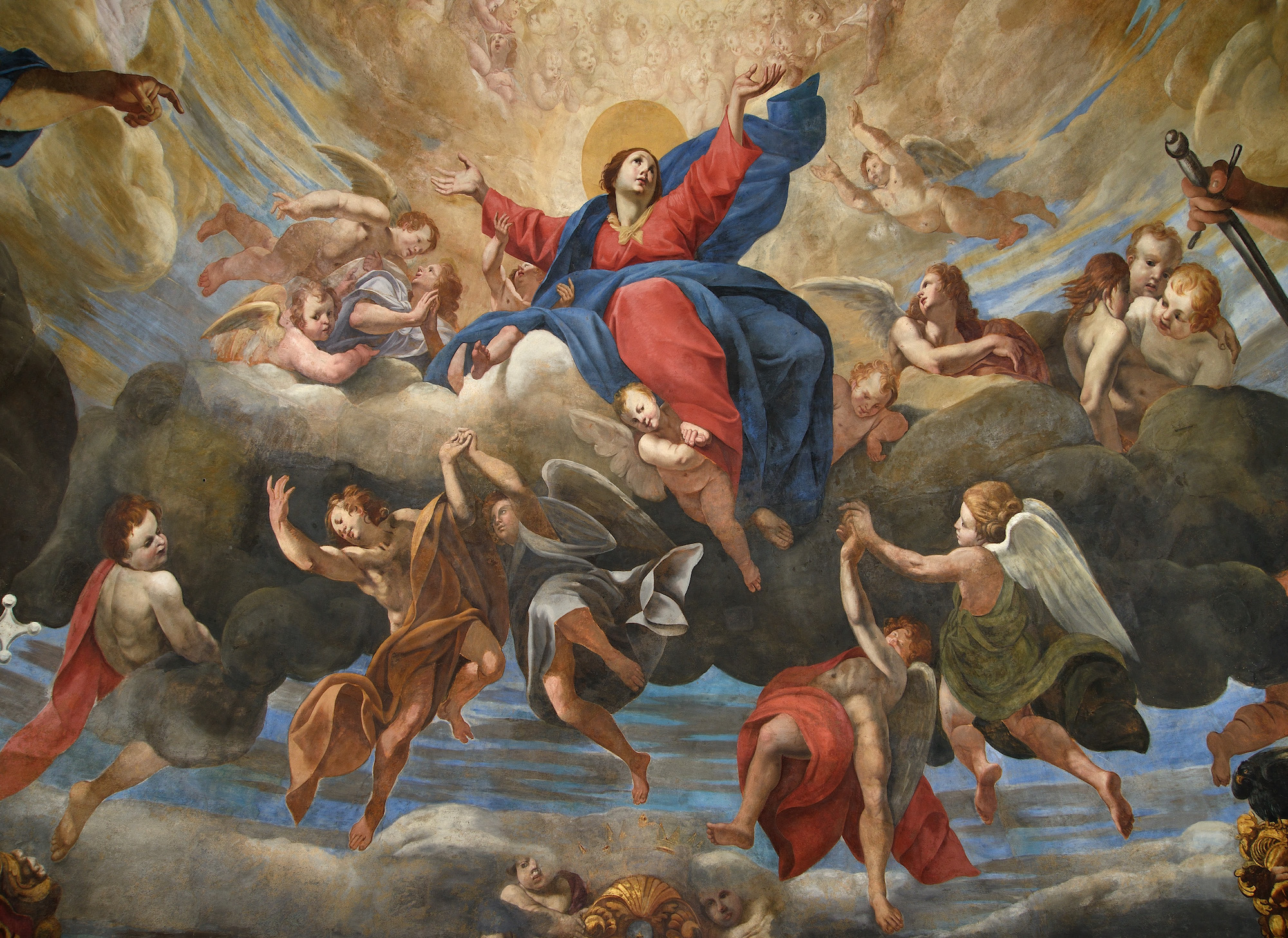 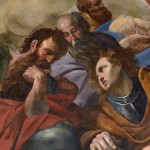 Orazio Riminaldi, detail of the mural painting of the dome after restoration works

One year after the fire of 1595, which devastated the Cathedral of Pisa and its sumptuous furnishing, Monisgnor Totti sent to the Opera del Duomo di Pisa a letter of presentation of the painter Michelangelo Cinganelli “per dare una vista per la pittura della cupola et per le altre occorrenze” (to give a first evaluation for the paintings of the dome and other needs).

The Quattro Evangelisti (Four Evangelists) in the pendentives were painted by Cinganelli between 1596 and 1597, the façades of the choir with the Storie della Vergine (Tales of the Virgin) and the triumph arch with the Annunciazione (Annunciation) in 1598. The decoration of the dome was entrusted to Orazio Riminaldi instead.

At the beginning of the 19th century, the Primaziale entrusted the restoration of the paintings to the painter Giovanni Gagliardi from Florence. The following restoration did not happen until the period 1954 – 58, when it was supervised by Piero Sampaolesi and entrusted to Leone Lorenzetti.

About sixty years after that, during the Giubileo della Cattedrale (Cathedral Jubilee), the Deputazione dell’Opera della Primaziale Pisana decided to restore the wall paintings intervening on a surface of about 1260 square metres: oil painting on walls, frescoes on plaster, engraved and painted golden wood ceiling were entrusted to the skilled hands of three restoration companies, on the project by the Ufficio Tecnico dell’Opera (Technical office of the Opera) under the supervision of the Soprintendenza and the Direzione Lavori, consisting of the experts Gianluigi Colalucci, Carlo Giantomassi and Donatella Zari.

To manage the working site, a completely suspended scaffolding has been installed: the structure starts at around 14 m above the ground, in correspondence with the planking level of the galleries and the spaces next to them, working as a kind of “base camp” for the restoration team. A “suspended” office, with computers connected to the internet and software to manage the graphic surveys, photographic documentation and other working site activities.

The first phase of the intervention consisted of a metric and photographic survey of every painted surface, to register its preservation state: pictures, photogrammetric techniques and laser scanning are the means used to create 3D rendering of the artefacts and to have a base on which recording damages, alterations and all that is relevant for an extensive knowledge of the state. 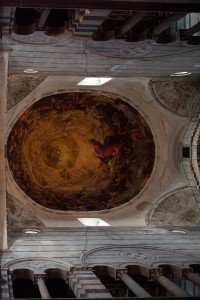 Pisa Cathedral, view of the dome before restoration works

Restoration activities which have interested the wall paintings of the presbytery and the dome were preceded by chemical analyses of the original binders and preparations, original pigments and successive paintings. Stratigraphic sections of small samples have been necessary to identify the succession of executive phases and the respective techniques.

Surveys, degradation mapping, photographic documentation, chemical-physical analyses, historical news produced during the restoration are part of a complex architecture, the knowledge one: the fruit of that intense research gives back a database which can be consulted in an interactive way, useful for the future activities of ordinary and extraordinary preservation.

The true and authentic restoration has developed through the phases of cleaning and elimination of surface deposits, the operations necessary to restore the coherence of the painting film, the removing of inappropriate stucco-work and filling in lacks and cracks, to conclude with a focused and calculated intervention of painting reintegration. The operations have now come to their conclusive phase and, after removing the complex architecture of the scaffolding, they will give back to visitors the full legibility of the Pisa Cathedral.